Can An Increase In A Payor Spouse’s Income Justify An Upward Modification Of Alimony? 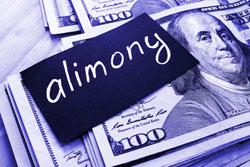 We are sometimes asked whether an increase of a paying spouse’s income may form the basis for an increase in alimony to the recipient. As with many questions arising in family law, answering this one requires analyzing the case specific details and applying a dose of judicial discretion.  The following is a summary of how Florida courts have done so:

One such example of equity requiring an increase in alimony absent an increased need on the part of the payee is when the payor spouse, who was financially unable to meet the recipients needs at the time of the final judgment, later has the ability to pay a greater amount and the recipient spouse’s original needs remain unmet.[4]

Notably, this exception does not apply when the original award of alimony was based upon a contractâ€”the parties’ settlement agreementâ€”and not after a trial where the court made the requisite findings of one’s needs and the other’s demonstrated inability to pay the legally required amount.[5] Where the parties fairly entered into an MSA at the time of dissolution, the trial court should not consider the  recipient’s unmet needs at the time of dissolution but must consider only those needs that meet the criteria of a substantial change that was not contemplated at the time of dissolution and that is sufficient, material, permanent, and involuntary.[6]

If you are seeking, or facing, an upward modification of alimony based on an increase in income of the payor, I recommend contacting an experienced family law attorney to discuss the specifics of your case.