You are here: Home / Archives for Alimony 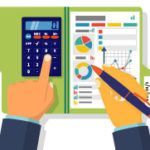 The coronavirus outbreak is here, and it seems like a difficult time to speak about money, but this COVID-19 crisis is causing enormous financial strain on many families. Often, legal intervention is needed to obtain resolution. I am going to ... END_OF_DOCUMENT_TOKEN_TO_BE_REPLACED 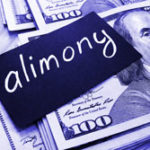 We are sometimes asked whether an increase of a paying spouse’s income may form the basis for an increase in alimony to the recipient. As with many questions arising in family law, answering this one requires analyzing the case specific details and ... END_OF_DOCUMENT_TOKEN_TO_BE_REPLACED

Alimony reform in Florida appears to be on hold for 2014.  The pressures of an election year seem to have taken a toll on those seeking significant alimony reform this  year.  Supporters of reform however are not likely to give up and the issue may ... END_OF_DOCUMENT_TOKEN_TO_BE_REPLACED

A recent Central Florida case was heard by the District Court of Appeals which determined that a trial court erred by allowing the cost of contributions to a 401(k) and a Flexible Spending Account (FSA) to be deducted from the former wife’s income ... END_OF_DOCUMENT_TOKEN_TO_BE_REPLACED 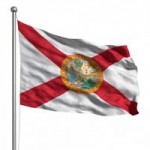 If you are getting ready to start paying, or receiving child support payments, there is a good chance you will have to start working with the Florida State Disbursement Unit (FLSDU).  The Disbursement Unit is a state run organization that provides a ... END_OF_DOCUMENT_TOKEN_TO_BE_REPLACED

Directions and Map To Our Office

We serve the central Florida area including Orange, Seminole, Volusia, Osceola and Lake counties. Please call to discuss your matter with us.

The information on this website is for general information purposes only. Nothing on this site or associated pages, documents, comments, answers, emails, or other communications should be taken as legal advice for any individual case or situation.

The information on this website is not intended to create, and receipt or viewing of this information does not constitute, an attorney-client relationship.