An Alternative To Notarizing Family Law Documents During COVID-19

The Florida Supreme Court suspended the need to have many (but not all) Florida Family Law Forms which are required to be notarized or signed in the presence of a clerk during. Instead of a notarization, a party may include a statement before the filer’s signature: Under penalties of perjury, I declare that I have […]

Divorce can be difficult even in the best of circumstances. One of the common challenges I see clients face is dealing with the household budget during divorce. In my experience, people who proactively budget during a divorce can help create a better outcome for themselves. These outcomes are a result of planning, spending intentionally and […]

I know it’s early, but I wanted to share what I believe to be the key to a stress-free summer time-sharing schedule which is to plan in advance!  Why you might ask? First, keep in mind that kids can become stressed about what their summer schedule will be and they often start talking to friends […]

Requesting Sale of House in a Divorce

For many couples, the martial home is the only significant asset of the marriage.  This can make dividing assets complicated in a divorce if one party wants to keep it for themselves.  A recent divorce (dissolution of marriage) case from the Jacksonville area was appealed in part because at the time of divorce, the judge […] 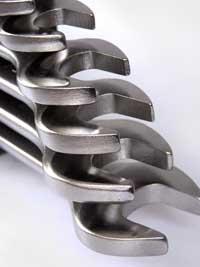 A recent Florida district court of appeal’s (DCA) case (1D13-792) reversed a decision by a judge to value a couple’s tools at $20,000 during a divorce (dissolution of marriage) case. Although this case is about tools, other divorcing couples may face similar circumstances with other assets such as jewelry, collections, guns, cars or many other […]